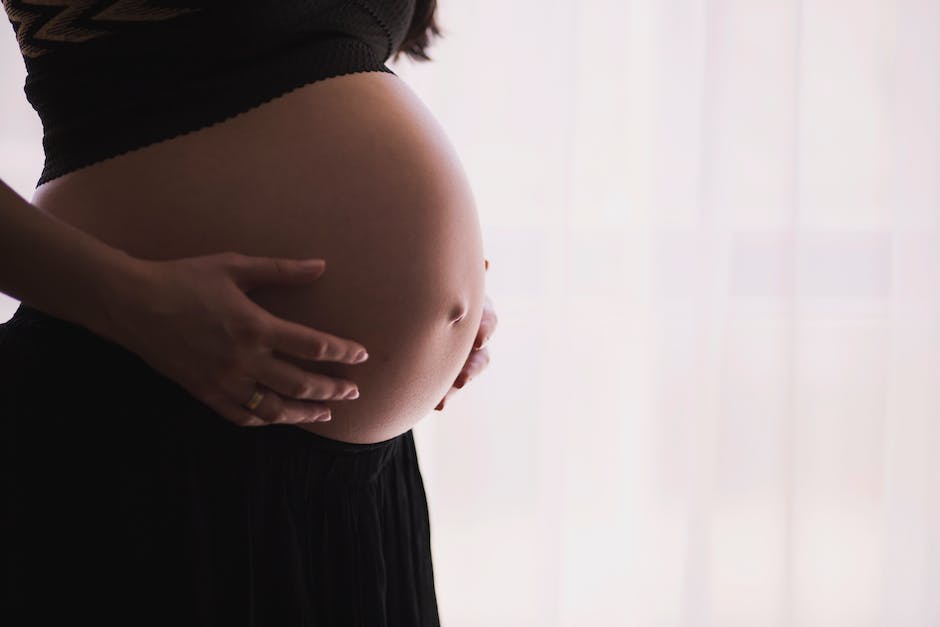 They welcomed her into the center with smiling, plastic faces. The nurses all looked alike; they were all Astro brand. Fair skinned, brown eyes with hair that stopped just above their shoulders. Their little white hats and dresses matched the walls and floors.

Katherina got up from her seat when they called her name. She had passed the psychological survey, the first and most important step when applying to be a surrogate mother. Now, she was back for a physical exam. And afterward, she would sign all the right papers.

The door to the back room opened, and a nurse held it for her, a clipboard in her hand and the same smile on her face as the rest of her sisters.

“Welcome. Third door to your right,” the nurse said.

Katherina did as she was told and went to the third room. It was just as white and clean as everything else. There was an examination bed to her right, a scale and some chairs to the left and a row of counters and cupboards against the far wall.

“Lay down any foreign objects and step onto the scale please.”

Katherina set her purse down on a chair and stepped on the scale. The nurse approached her and put a thermometer into her mouth as the scale reached 135 pounds.

“A healthy weight,” she said. Then her eyes flashed blue and the thermometer beeped. “98.9. No fever. Please take a seat.”

“I will now take a blood sample. Please hold out your arm.”

Katherina extended her arm. She had worn a tank top even though the office was cold, so she didn’t have to roll up her sleeves. The nurse touched her index finger just above the bend of her elbow inside her arm. She watched the nurses eyes flash yellow this time.

“Steady heart rate. Blood sugar at an acceptable level, blood pressure normal and no detection of malnutrition,” said the nurse. “Your medical records tells me you have a history of heart disease in your family, but this is not detected in you.”

Katherina licked her dry lips. “So, do I pass?”

The nurse turned her head to look down at her. “Please await further instruction,” she said before leaving the room.

It was thirty minutes before the nurse, or perhaps another one of the droids, came back. This nurse gave her the standard smile.

“You may wait in the secondary waiting room. The doctor will call you shortly.”

She got up and followed the nurse out of the room. She led her down a hall, turned right and walked down another hall and into a smaller waiting room. The white walls in that room doubled as screens that played “soothing” images of flowers being pollinated, fruit ripening and seeds being planted. In between scenes, the company logo appeared. “Pregnasis: Become the fruit that bears the seed.”

Katherina took a seat next to a pregnant woman. Her belly was full and rounded. She looked as if she were ready to burst. Her shirt stretched over her and Katherina could see the dark veins that covered her odd shaped tummy. The woman was blonde and blue eyed; just like her.

“How far along are you?” Katherina whispered.

The woman looked at her and gave a tired smile.

“Three and a half months,” she said, looking at her belly and rubbing in slow circles.

“Yes. They grow so fast once implanted. You just have to take care of them right.”

“They approved you for more than one?”

The woman nodded. “People like us have the best genes. Recessive is good,” she said, lifting a hand to lightly touch Katherina’s golden locks.

“Maddie Colraine,” a voice called before Katherina could pull away from the woman’s hand.

She watched the pregnant women be helped up by the nurses, a smile on her face and a far off look in her glassy, blue eyes. She walked off.

Katherina didn’t know how many loops of flowers and fruit she had watched before her name was finally called.

She stood up and looked around. A section of the far wall opened up. A nurse stood by the entrance and as Katherina walked past her, she bowed. The inside of the next room was far more welcoming with potted plants and colorful artwork hanging on the plain, white walls. Black couches lined one side of the office and a desk took up most of the room. An older man with short, dark hair, wearing a white coat, sat in a chair behind the desk. The nameplate on it said “Dr. William Sky.” Behind him, were shelves of books and a poster that depicted the four stages of seed development.

Katherina obeyed and took the soft cushioned chair in front of his desk. She wondered how many other women had sat there today.

“I’ve gone over your charts,” he said with a clipboard in his hands. “I like what I saw.”

“I know you signed up as a one-time surrogate, but Pregnasis has many offers for someone like yourself,” Dr. Sky said. He stared at her. Katherina pursed her lips and looked down at her hands.

She heard the door open then and a nurse come in. She looked up to see her set two glasses of water down on the desk then leave. Dr. Sky took his.

“No need to be nervous. Please, have a drink of water,” he said.

Katherina nodded a bit too fast and took the glass. It was nice and cold.

“You’ve been approved as a surrogate, but you’ve also been pre-approved for the host program,” he said.

The doctor nodded. “Unlike simple surrogates, hosts are paid triple to have multiple births.”

Katherina licked her lips. She took a drink of the cool water. It was refreshing. Her heart was beating faster. She never planned on multiple births. Was that what the woman she had met earlier was doing?

“I admit, there are some potential dangers, but most women report that the sense of motherhood you’ll feel and the money you’ll make is completely worth it.”

“All we need is your signature.” The doctor gave a friendly smile. His voice was deep and warm. “What’s one or two more seeds in your childless womb?” He said.

Dr. Sky set the documents on the desk and pushed them forward with a pen. One was for the surrogate, the other for the host.

Katherina set her glass down. Hiw words weren’t exactly wrong. She couldn’t bear her own children, yet she wanted to be a mother and she needed the money. Of course, she wouldn’t be able to keep the baby, but wouldn’t she be doing a good thing? Alien births were no longer criticized in public. Many women gave birth to the Vektis for money. But she also didn’t know if she could become like the woman she’d met. All she just wanted a baby of her own and a simple life.

With her mind set, Katherina picked up the pen. Her mouth felt so dry and her heart was thudding in her ears. She took one last gulp of water to calm her nerves and signed the papers for the surrogate.

“What?” She looked at the papers again and her eyes blurred. She rubbed her them and when her vision cleared, the document contents had switched. The one she signed was now the host program papers.

She reached for the document but Dr. Sky picked them up faster.

“That isn’t what I want though. I don’t want to become a host,” she said in protest.

The man just looked at her with the same small smile he had earlier.

Katherina’s vision wavered and nausea rolled over her as the edge of her vision darkened and sleep began to pull at her eyelids. She looked at the cup of water. She wanted to scream, to cry out for help, but she was sinking into darkness far too quickly. The doctor chuckled.

“I’m sure you know by now, there is no turning back at this point. We need you. They need you,” he said. “They need you, and your body.”

She could only shake her head, before darkness took her.

Katherina sat in group therapy, one of six faces in the circle of women. It had been three months and her belly was ripe and full of life. She rubbed her bulging stomach gently and felt slithering inside of her. She smiled apologetically. She didn’t mean to wake them. Her babies needed plenty of rest now. They were so close. Soon they would be leaving her. She meant to feel sad, but she could only feel a warm, cloudy joy that made the world seem like a dream. An endless dream that never broke, even when the unborn Vektic inside her squirmed and pricked at her insides with their little teeth and spiny tentacles.

Katherina lifted her hands and felt the grip of the other blonde women. With unfocused eyes, they began to sway from side to side in unison, voices speaking as one.

“We are the fruit,” they said.

“We are the fruit that bears the seed.”